Conflict Is a Fact of Life. Mediation Can Help!

CONFLICT IS A FACT OF LIFE

I consider myself to be a fortunate and blessed daughter and sister. I left my childhood environment in Long Island, New York, when I was in my late 20’s – moving to Atlanta to attend law school, then staying to create my adult life there. My younger brother, Ed, who was married and had his first child by this time, stayed on Long Island. Never did I imagine, when I left, that the responsibility for caring for my parents as they aged would fall principally on my brother. I gave no thought to what role I would play or how decisions would be made.

For many years, I visited my family in New York or my parents came to visit me in Atlanta. Then I married a guy with four (4) children. After that these cherished visits became family affairs.

Twenty-five (25) years later, the shift took place. My parents said they no longer wanted to come to Atlanta. The travel was too taxing and the traffic in Atlanta too nerve-wracking. I couldn’t appreciate their perspective at the time, but I accepted that this was how they felt. The visits were one direction only – me to them – sometimes with my husband, sometimes without.

I could see the aging process with Mom and Dad – yet treasured every moment with them. When Dad had to have a second heart valve replacement surgery at the age of 85, Mom, Dad, Ed and I had a family pow-wow in Dad’s hospital room. Dad wasn’t sure if he should have the surgery. Would he be able to survive? Mom and Ed wanted the decision to be his, but clearly he wanted our input. Ultimately, he had the surgery and we were blessed with another eight (8) years of his company.

Unfortunately, however, after the surgery, his mind was never the same. A form of dementia slowly took over and he became more and more dependent on Mom. He could no longer drive and, after taking a few falls during his morning walk, he gave up his exercise as well.

During one of my visits in the summer of 2005 Mom started talking about wanting to move to an assisted living facility where her sister had taken up residence. She said that she was tired of taking care of the house, the laundry, the bills, the shopping, cooking, and so on. She was afraid to talk with my father about these desires, because she knew he didn’t want to move. Also, she felt overwhelmed by the process of putting the house in order to sell.

We were upstairs in the house and I asked her if she had made her wishes known to Dad and in her, funny, delicate way, she said – maybe, not really. (I can still hear both my parents’ voices in my head.) So I went downstairs and said to Dad, “I think Mom would like to sell the house and move to the Atria with Aunt Elaine.” He gruffly replied, “No, she doesn’t. What makes you think that?” I said, “because she told me so….”. I went back upstairs and said to Mom, “Dad thinks you want to stay in the house.” So, Mom and I had a heart-to-heart about being clear with Dad about her desires.

It was too late, however, because a few weeks later Mom told me that her cancer had returned and she would need more surgery. Mom was 85 and Dad was 89. It was clear that Dad could not live alone and Mom – who had never been particularly fit – would not be returning home anytime soon. Mom’s surgery was scheduled for early December.

I arranged to take off three (3) weeks from my job to be in New York for the surgery and subsequent period. Once the time came for me to return to Atlanta, a decision had to be made about Dad’s care. He wanted me to stay in New York, but I had a family and a job. It just wouldn’t be feasible for Dad to stay with Ed or for Ed to stay in our parent’s house.

We had another family pow-wow at the rehabilitation facility where my mother had gone after her surgery. Mom – gently and with her brand of humor – told Dad that if he wanted to see his 60th anniversary with her, he would do what Ed and I asked. So Dad moved to the Atria on a “palliative” basis. When Mom left rehab, she went to the Atria as well. Unfortunately, this living arrangement was short-lived for Mom. She had much difficulty recovering from the surgery and she died only a few months later (three months short of my parents’ 60th wedding anniversary).

For the next 3-1/2 years Dad lived at the Atria for 3 years and in a skilled nursing facility for the last few months of his life. During these years in particular, Ed called me frequently to report to me everything that was going on with Dad’s care and every decision he found himself having to make. I am so fortunate that my brother had the kindness and skills to undertake this responsibility with tremendous grace.

There was only one time that I disagreed with a choice he was considering making. We talked about the pro’s and con’s several times over the next few weeks and, finally, he decided to accept my objections and retreat from this particular strategy. In that way, not only was his and my relationship preserved, but we were able to resolve a difference of opinion with thoughtfulness and consideration for each other’s point of view. 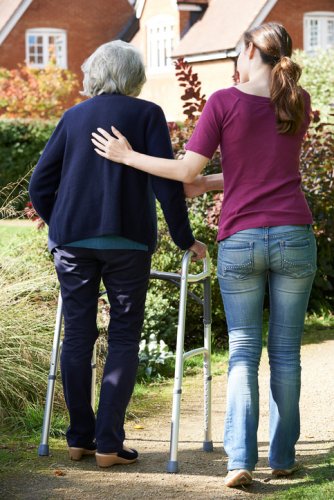 Rebecca Zimmerman is an Attorney and Mediator based in Atlanta, Georgia. A 1980 graduate of Emory University School of Law, Ms Zimmerman practiced law for 12 years as in-house corporate attorney to the Federal Reserve Bank of Atlanta, as a solo practitioner and as an associate with a small Buckhead law firm.  For the next 18 years Ms Zimmerman was part of a team that developed and maintained a highly successful children’s portrait photography business in Georgia and South Carolina.  Ms Zimmerman is excited to bring her talents, experience and training to assist parties with the successful mediation of their conflicts with a special concentration on Business Disputes and Elder Care and Estate Disputes.